The next version of Microsoft’s client operating system Windows 10 will be available for general release “sometime” after April 2015.

In the meantime over one million technical users have signed up to preview and test it. Although some call this a beta version, in reality it is closer to an alpha version as many of the predicted features like Cortana are not available yet.

Is the Shellshock Bash Bug Worse than the Heartbleed Bug?

Another day another Internet vulnerability. This time it has been christened Shellshock or the Bash Bug and affects many systems especially Internet Servers. It was found by industry experts in the last few days and some say that it is worse than Heartbleed. 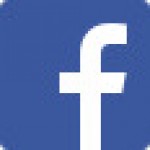 Have you ever felt slightly apprehensive when posting information on Facebook? I know I have.

Of course the reason for this is that in the past Facebook did not make it easy for users to adjust their privacy settings. Whether this lack of user friendliness was accidental or intentional is a moot point. However in the past few days Facebook have introduced a “Privacy Check-up” wizard. This wizard is easy to use and gives peace of mind as to who can see your posts. You can also control who posts to you. To run the wizard open Facebook and find the little padlock icon at the top right of the screen and select Privacy Check-up.